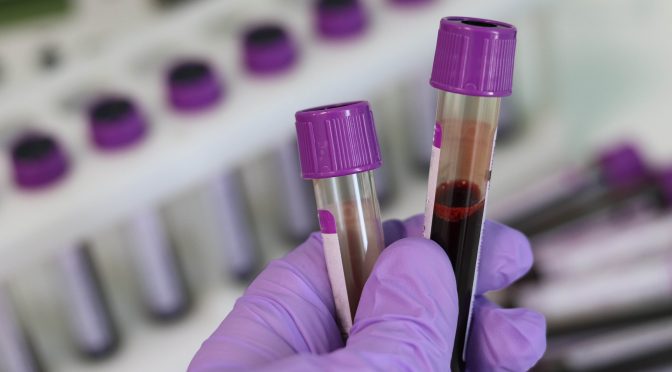 Synthetic chemicals in our bodies: what is our ‘body burden’?

Many people are unaware of the fact that our bodies are contaminated with synthetic chemicals that weren’t there in pre-industrial times. Some of these chemicals are now banned, but stick around as they take decades to break down, if at all. Others are still in use in furniture or even cosmetics.

More than ten years ago, during the debate which led to the creation of the EU’s current chemicals law REACH, WWF`s DETOX campaign carried out blood analyses that found known harmful chemicals such as PCBs, brominated flame retardants and the fluorinated organic chemicals PFOS and PFOA present in all three generations of families from 12 European countries.

In 2017 the European Human Biomonitoring Initiative (HBM4EU) was started, in order to understand more about our ‘body burden’ of synthetic chemicals. CHEM Trust is a stakeholder in this project, and has been involved in recommending priority substances for analysis; for example, our proposal to add some UV filters (the benzophenones) to the analysis was accepted in the in the 2nd priority list of chemicals to be investigated.

A focus on bisphenols and phthalates in our bodies

Two of the chemical groups that are being investigated in HBM4EU are phthalates and bisphenols, and a stakeholder workshop in November 2018 discussed how the results of HBM4EU could be used in policymaking on these chemicals.

Why phthalates and bisphenols are important

These two groups of chemicals are extensively used – phthalates in applications such as some plastics e.g. in children`s toys, bisphenols in polycarbonate plastic bottles, food can linings and thermal paper till receipts. Some chemicals in these groups have been banned in some uses, and CHEM Trust has criticised the patchwork of insufficient legislation which leaves many uses continuing. For example, a recent restriction on the use of four phthalates in applications such as flooring still allows them to be used in food contact materials.

On bisphenols, our 2018 report, ´From BPA to BPZ: a toxic soup?´, highlighted the ongoing replacement of BPA with other bisphenols with similar toxic properties such as BPS. The EU has agreed a ban on BPA in thermal paper till receipts, but it has been shown that many manufacturers are just moving to BPS – yet no regulatory action has yet been taken.

An introductory presentation by the European Environment Agency provided a very useful overview on hazards, exposures and policy context of bisphenols and phthalates. The presentation from the German Environment Agency UBA on currently available HBM-evidence and ongoing work in HBM4EU on phthalates illustrated that while trends are going down following regulation of some phthalates, the detection frequency remains high. In addition, there were signs of rising exposure trends for some newer compounds, e.g. for DEHTP, DPHP and DINCH. In CHEM Trust’s view this confirms the urgent need to gather more data, as well as ensuring a more protective regulatory approach including regulation of substance groups rather than just allowing the market to move from one chemical to a similar one.

A joint presentation from UBA and the French Agency for Food, Environmental and Occupational Health & Safety ANSES proposed the development of ‘Health Based Guidance Values’ for individual phthalates, BPA and phthalate mixtures. Ninja Reineke of CHEM Trust responded to warn that the envisaged ´guidance values’ should not be misused as an indicator for an assumed ‘safe level’ in humans, because of the enormous uncertainties involved in the assumptions and as it would ignore the cumulative effects of the total body burden.

All the presentations are available here; the minutes are not yet available but will be linked from this page when they are published.

The HBM4EU initiative is very important and can help to generate biomonitoring data that can be used to close policy gaps now, and avoid further contamination of our bodies in the future.

Many of the bisphenols and phthalates that this project is investigating are known endocrine disrupters that can impact on development and reproduction. They were never meant to be found in people and wildlife in the first place.