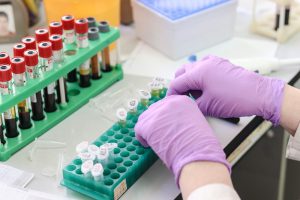 There is currently no scientific evidence that can be relied upon to set a threshold value for EDCs (Endocrine Disrupting Chemicals) with sufficient protective certainty. There has been much public debate about this by key scientists. However, at a 2013 meeting with the EU’s Chief Scientific Adviser concerning whether or not there is a safe EDC threshold level, consensus was reached that “it is possible that thresholds do not exist”  [i].

Why is it difficult to determine a safe EDC threshold?

The Endocrine Society, which is the world’s largest society of leading endocrinologists, argues that for EDCs “it cannot be assumed that there is a threshold” [ii], [iii]. Due to pre-existing endogenous (or natural) hormone levels, any additional exposure to hormone mimicking substances will increase this load in a threshold-independent manner. EDCs exert many different biological effects and many of them are unlikely to have a threshold, in particular when receptor binding is involved [iv].

The Commission’s Joint Research Centre (JRC) has published a meeting report “Thresholds for Endocrine Disrupters and related Uncertainties” which states that most of the experts considered that thresholds of adversity for EDCs are likely to exist but may be very low or absent during early development [v], [vi].

In this light it seems highly unlikely that safe thresholds could be set with current available methodologies, which was also acknowledged in a recent paper by the EU Commission on the REACH EDC review [vii], [viii].

A recent commentary from Demeneix et al. in the Journal of the Endocrine Society (2020) reviews the main arguments for the difficulty of deriving thresholds for endocrine disrupters [IX]. In particular they note that at early stages of development (in the womb or early life), an organism is highly sensitive to disruption from pollutants. This increased vulnerability of foetuses and children needs to be acknowledged.

The next question is “Some people claim the precautionary principle is unscientific, is this true?“.