Wildlife and the environment

There is not one ocean or continent on Earth that is not contaminated with a toxic cocktail of many different synthetic chemicals. What are these chemicals, how did they get into the environment, and what can we do to protect wildlife from them?

Of particular worry are the chemicals in the environment that:

• Are persistent and don’t break down, meaning they last a long time in the environment
• Build up in the bodies of animals – a process called bioaccumulation
• Can disrupt the hormone (endocrine) system of animals.

These chemicals are found in all corners of the globe – from the tropics to the once-pristine polar regions.

Endocrine disruptors and the environment

Chemicals get into the environment from a range of sources such as industrial accidents or large-scale pollution from widespread use of synthetic pesticides. They can also come from synthetic chemicals leaching out of products we use in our daily lives.

For example, the harmful chemicals in washing detergents, or in toiletries like shampoo, can be washed into domestic waste water. From there they can enter our rivers when discharged from waste treatment plants. 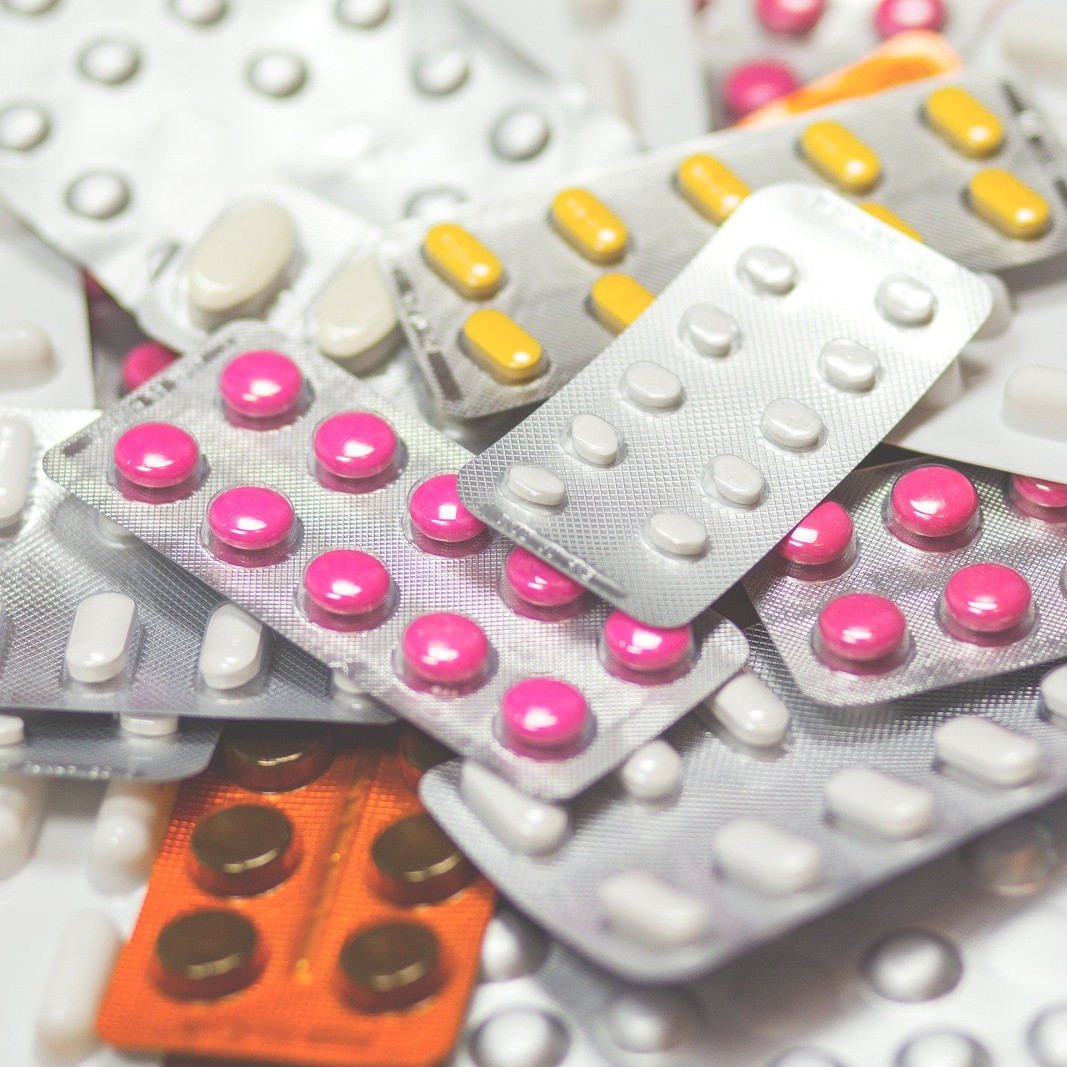 Another way harmful chemicals, including endocrine disruptors, can get into the environment is through improper disposal of medicines – for example if we throw away medicines in normal household waste. 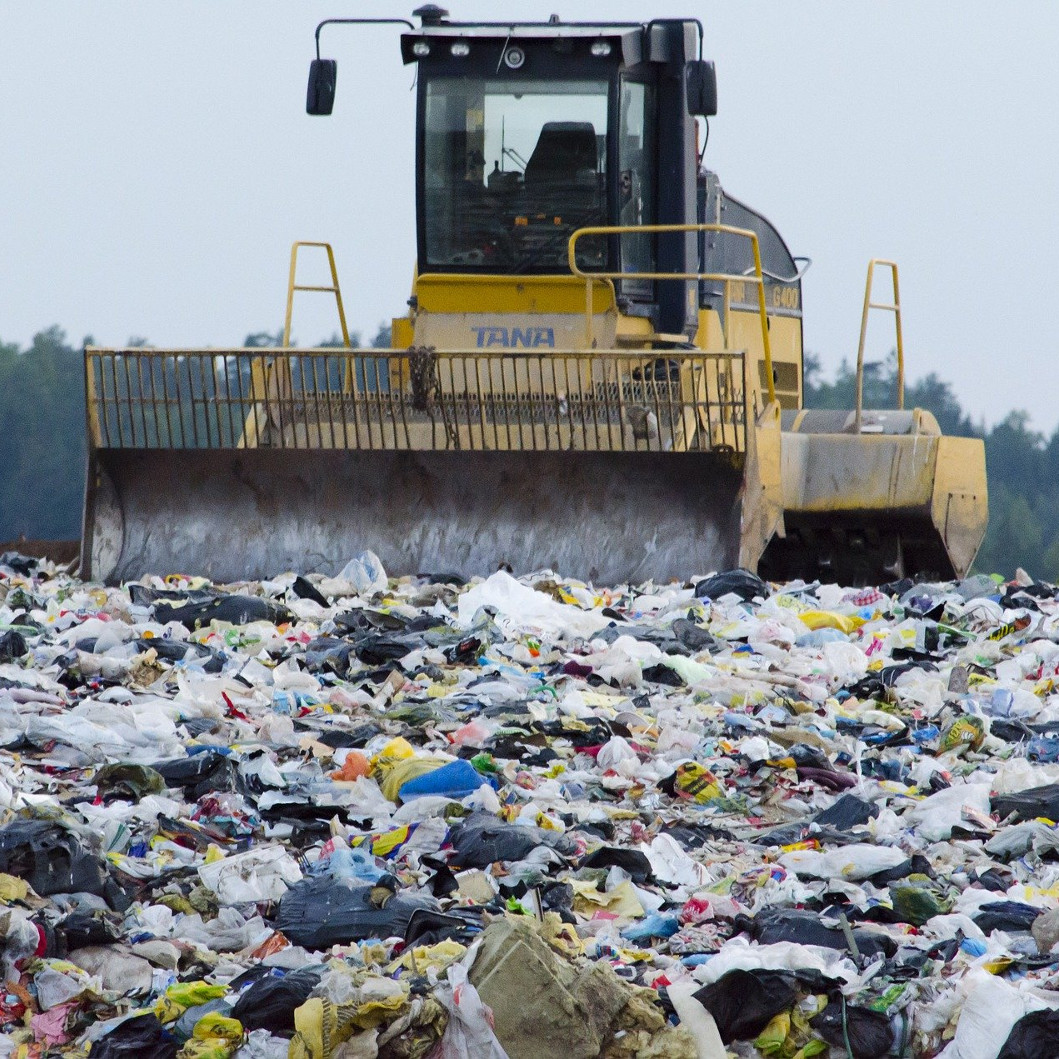 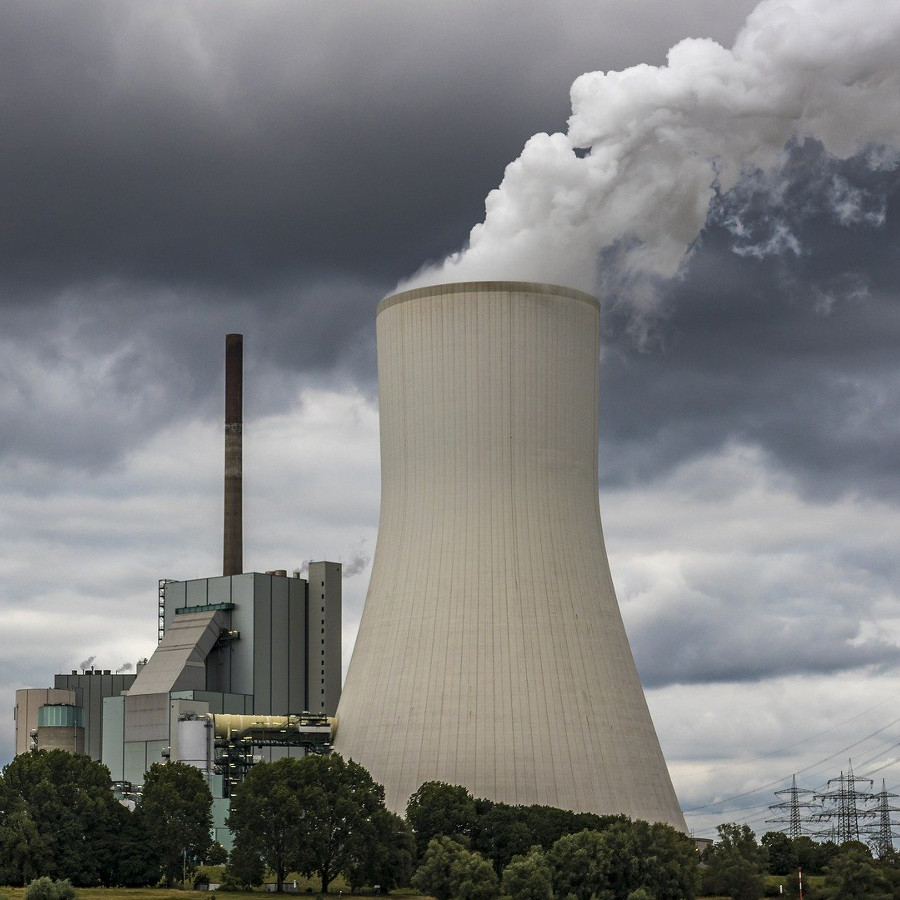 Industrial plants that make products containing harmful chemicals are a source of chemical pollution. For example, harmful bisphenols have been found in the environment surrounding factories that produce paper for till receipts.

Waste from factories that produce the chemicals can also contain harmful chemicals. 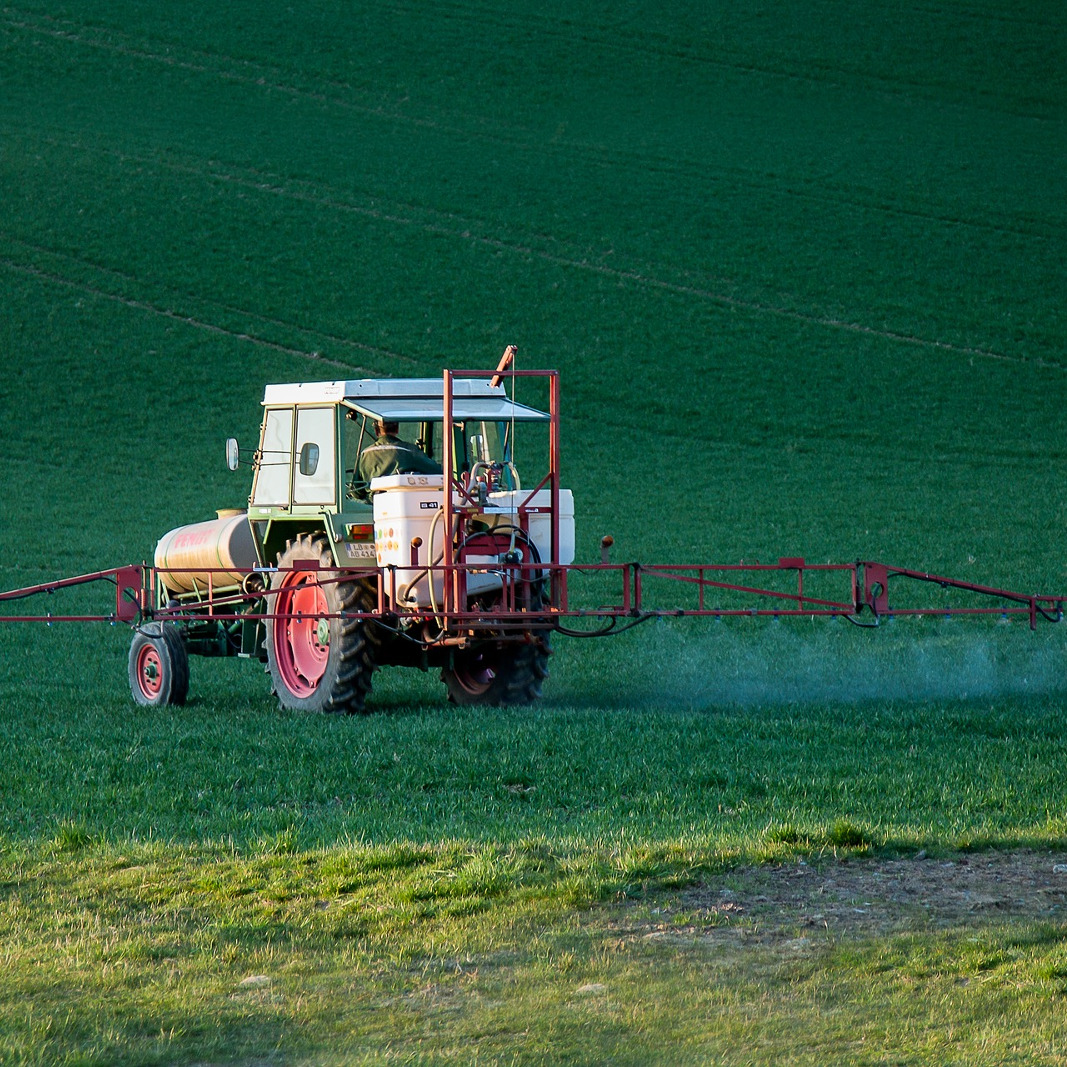 Some farmers spread sewage sludge on their fields as a fertiliser, and sewage can contain harmful chemicals.

Some pesticides that farmers spray on their fields contain harmful chemicals. The pesticides can enter the soil and groundwater or waterways through run-off. 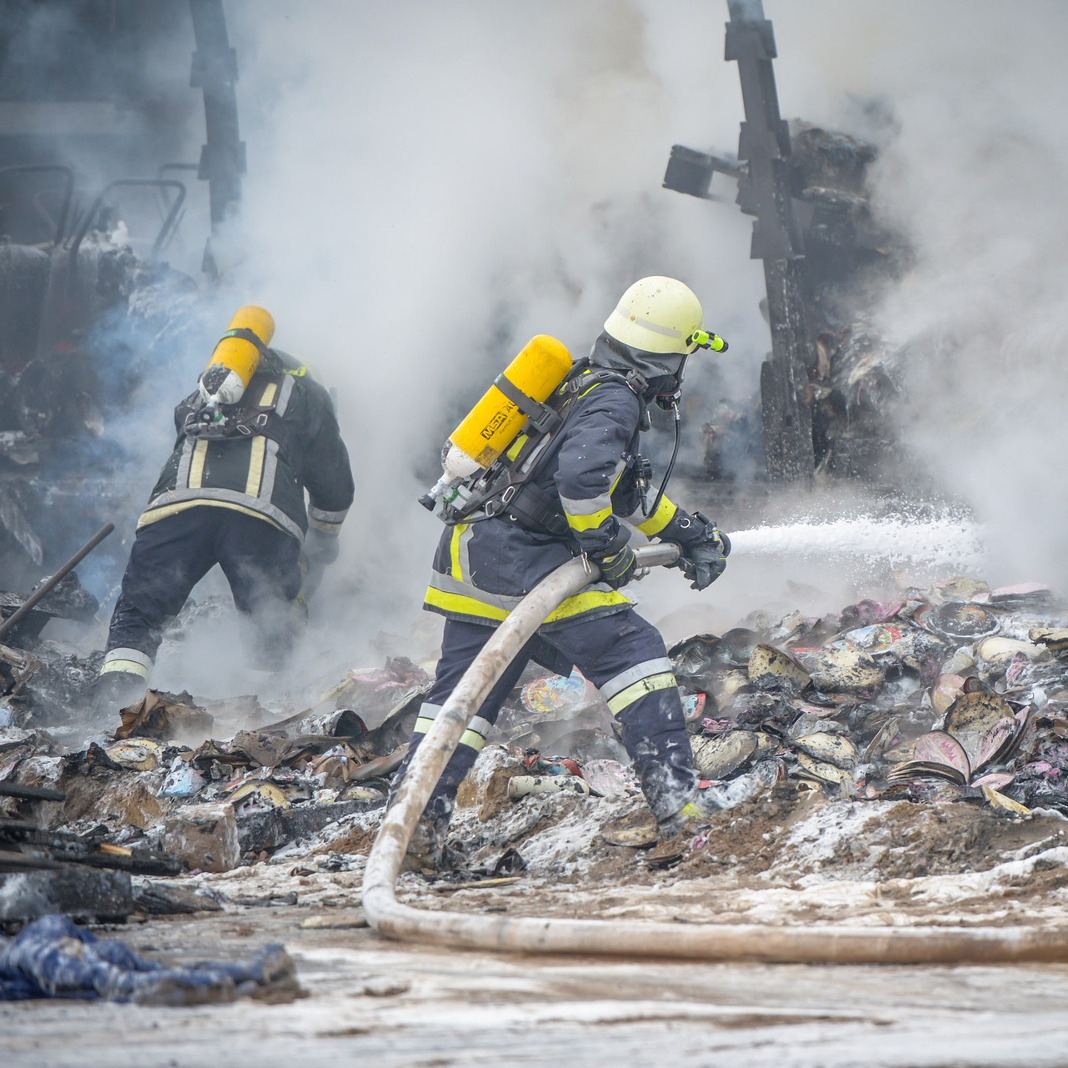 Firefighting foams contain a group of harmful chemicals called PFAS. As the foams are applied liberally and are not contained, the PFAS chemicals can run into water streams and enter groundwater. 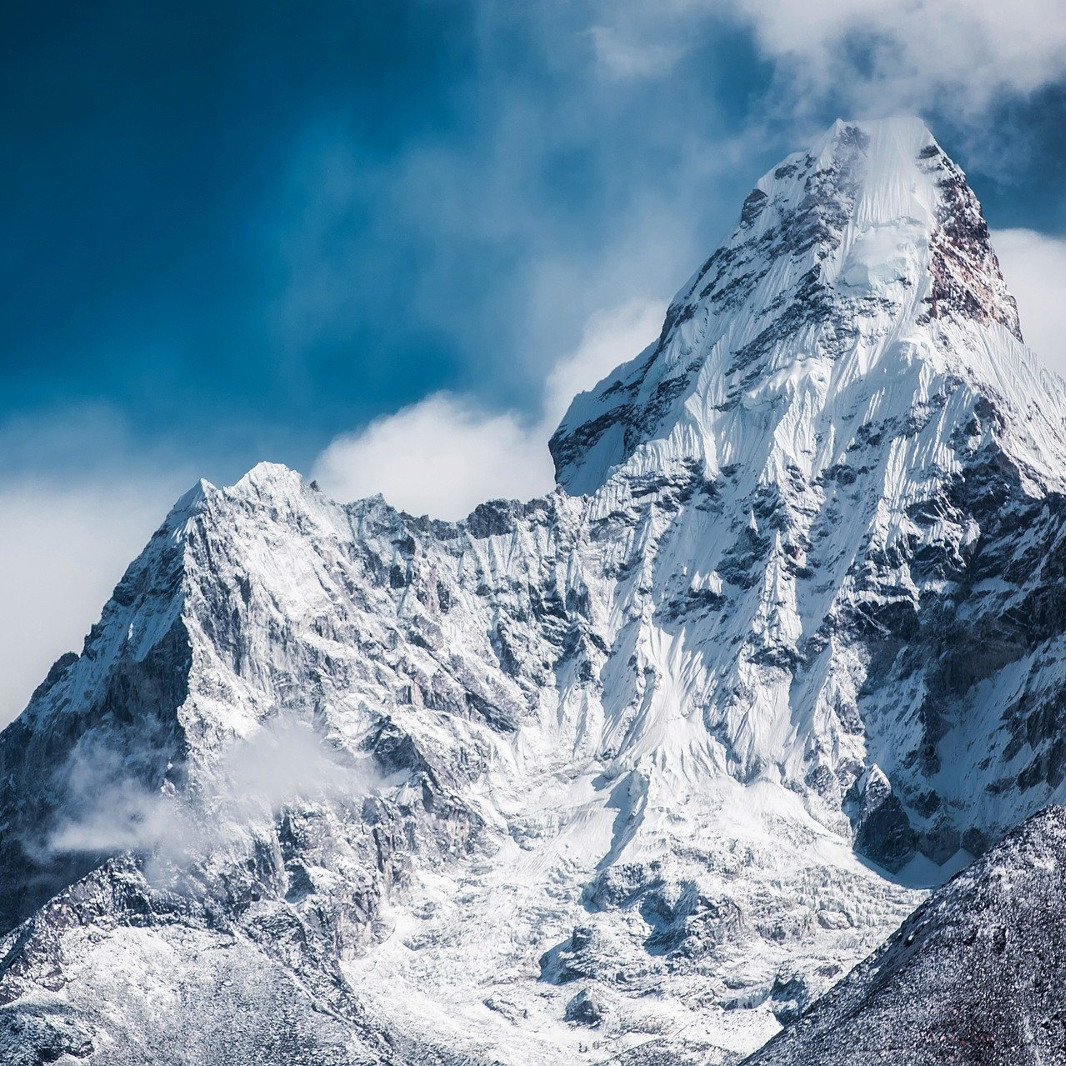 Some chemicals will evaporate into the air or get attached to dust particles. This is how some chemicals used in our homes – such as fire-retardants on furniture – reach even the most sparsely populated corners of the globe such as the Arctic or the Himalayas. The synthetic chemicals are deposited in the snow or rain.

Persistent chemicals and the environment

DDT and the environment

DDT was one of the first chemicals to be used commonly as a pesticide. In her ground-breaking 1962 book Silent Spring, the American scientist Rachel Carson highlighted the links between DDT and a reduction in populations of birds of prey, due to eggshell thinning. Yet it wasn’t until 2001 and an international treaty (the Stockholm Convention) that DDT was banned globally from agriculture. However, because DDT persists in the aquatic environment for decades and builds up in the tissues of animals, we are still seeing the impacts of this chemical on wildlife.

PCBs and the environment

Banned since 2001, PCBs are still being linked to reproductive problems in marine mammals. A study by Abertay University, Dundee, found that PCB contamination threatens the survival of seal pups. Another study has shown that the UK’s killer-whale population has not given birth to a calf for over 20 years; this has been linked to PCB pollution.

The adverse effects of both DDT and PCBs were discovered decades after mass production started. In the case of PCBs, production began in the 1920s. The first report of their impact on wildlife was almost 40 years later, in the late 1960s. It took another 40 years to ban these chemicals globally.

Unfortunately, many other persistent chemicals with harmful properties are still in use today. They include some flame-retardants or PFAS chemicals used as water- and oil-repellent. Some are nicknamed forever chemicals because they are extremely persistent in the natural environment.

How do endocrine disruptors affect wildlife and the environment? 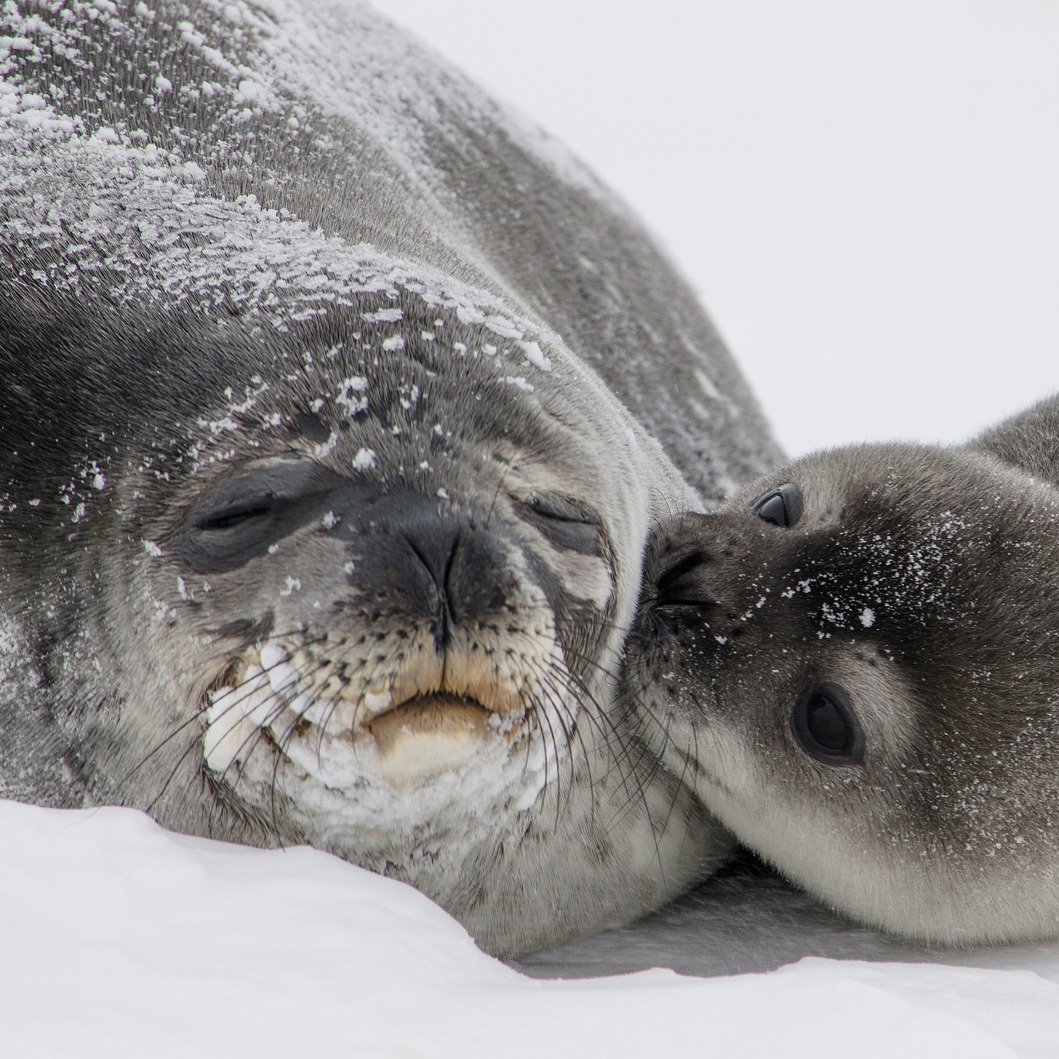 Chemicals that build up in the bodies of animals

Bioaccumulative chemicals can build up in the human body and in wildlife because the organism absorbs them and does not excrete them quickly. If such an organism is eaten by something higher up the food chain, the concentration of the chemical in the living tissues increases. This is called biomagnification.

Some of the most notorious chemicals, such as the pesticide DDT, PCBs, PFAS and some flame retardants are extremely persistent, toxic and bioaccumulative – a triple problem for humans and wildlife. 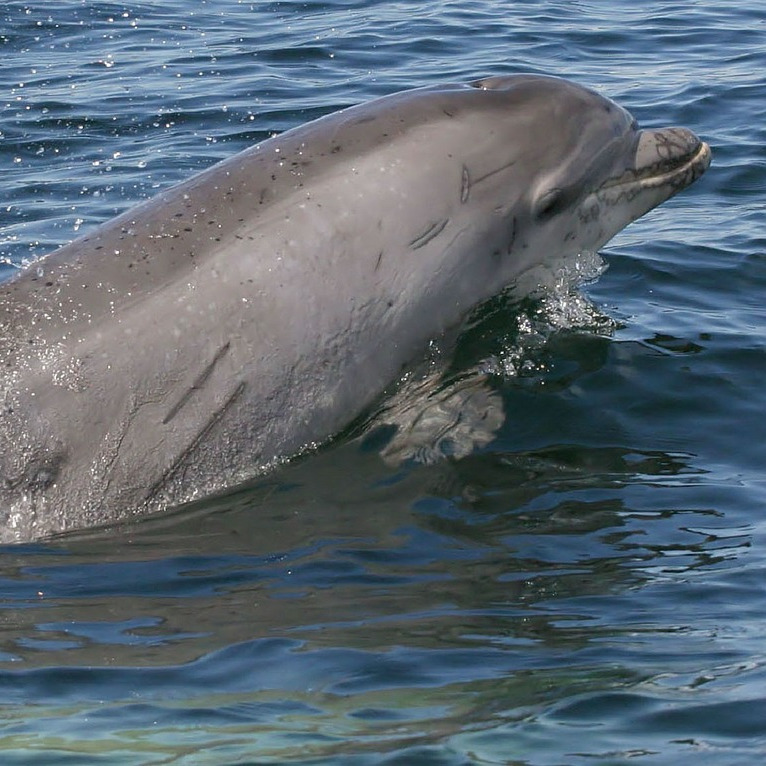 Chemical pollutants that interfere with the hormone system

Endocrine-disrupting chemicals are particularly worrying. Even at extremely low doses they can disrupt the normal workings of the reproductive, immune, nervous and other systems controlled by hormones. They can do this by mimicking natural hormones, blocking their action, or altering the breakdown or synthesis of the body’s own hormones. 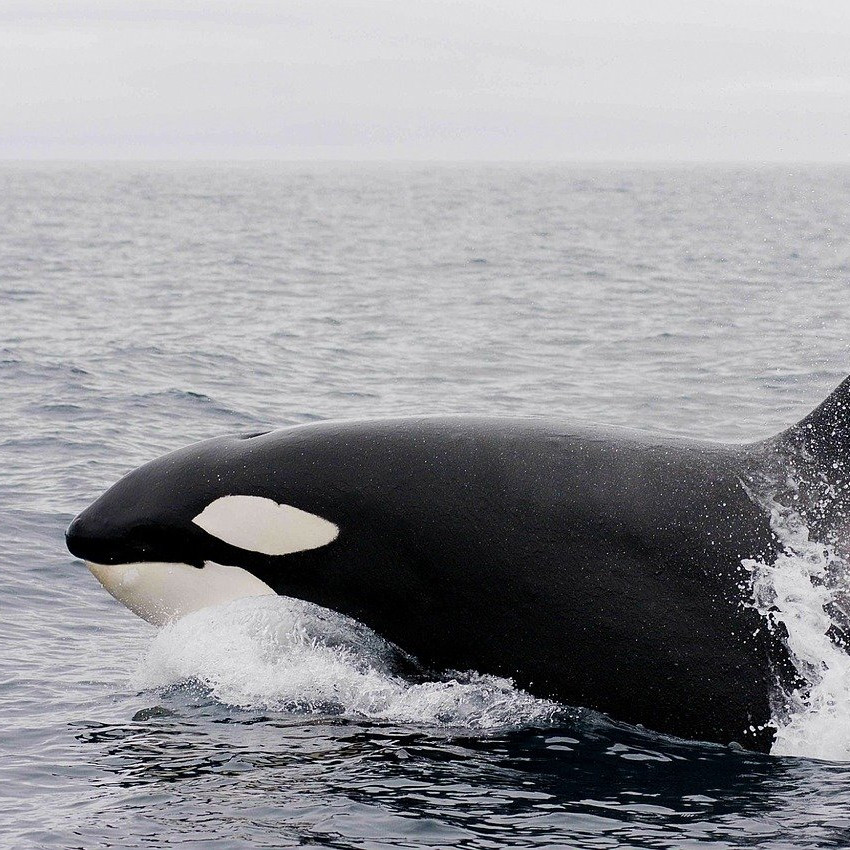 Endocrine-disrupting chemicals have been linked to low fertility rates in several wildlife species such as the orca (killer whale), mentioned above. This becomes critical for wildlife populations already under extreme pressure from climate change and habitat loss. Polar bears, for example, already have one of the slowest reproductive rates of any mammal: a female polar bear will mate only five times in her lifetime. PCBs have been shown to affect fertility of both female and male polar bears. In females, PCBs could prevent normal ovulation from taking place and reduce the chances of bringing a pregnancy to term.

Sadly, even though PCBs are banned, polar bears could be exposed to even higher levels in the future because of climate change. As Arctic ice melts, chemicals trapped in the ice are being re-released into the marine environment where polar bears hunt. Scientists are forecasting a four-fold increase of banned persistent organic pollutants in ocean waters as a result of climate change. 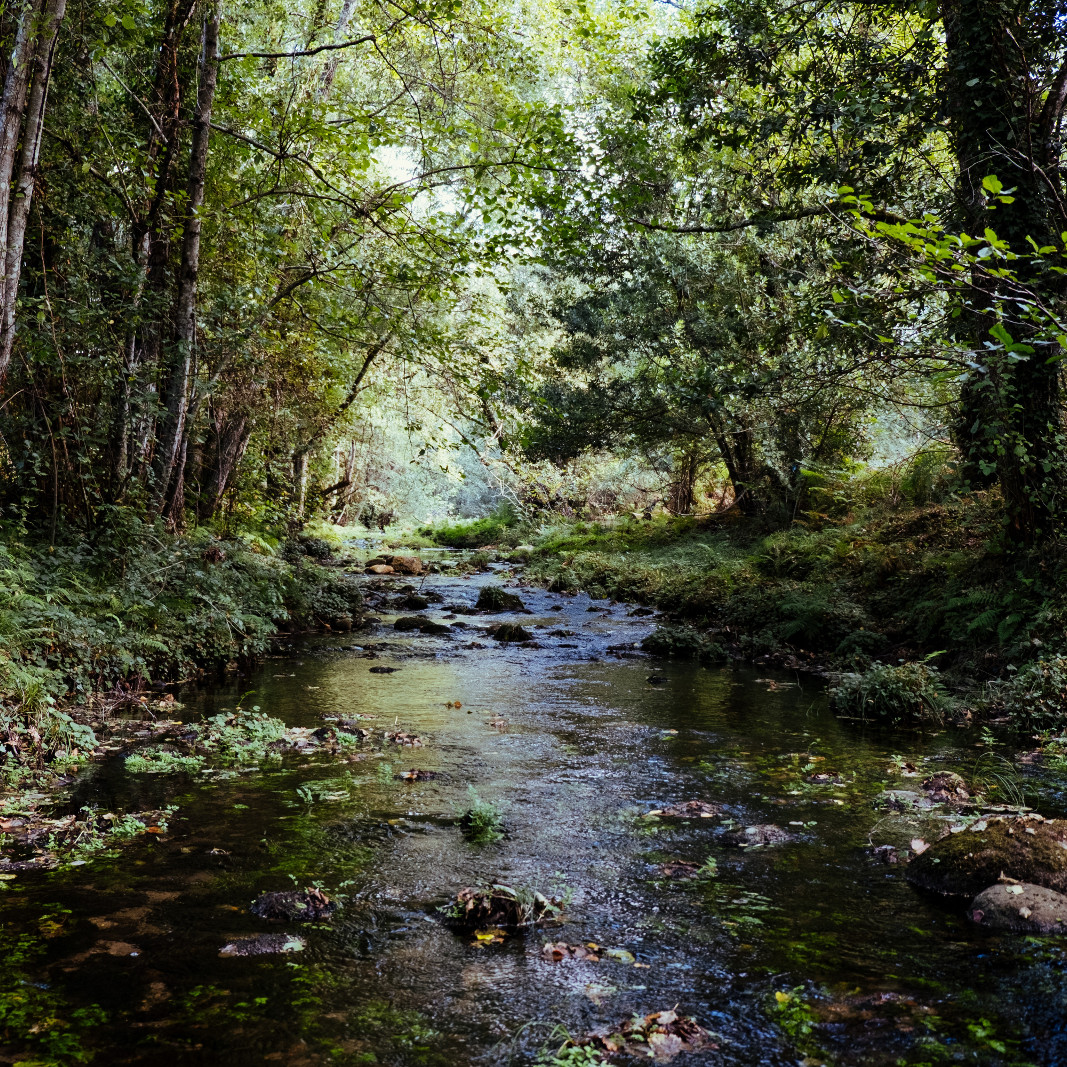 EDCs, and suspected EDCs, are frequently found as contaminants in Europe’s fresh and marine waters.

In fact, more than three-quarters of Europe’s seas are contaminated by a cocktail of harmful synthetic chemicals, according to a 2019 report by the European Environment Agency.

This same report also states that in European fresh waters, on average 20% of aquatic species are lost through exposure to a mixture of chemical pollution.

In England only 14% of rivers are currently classified as having “good ecological status”. Research has shown that some of the UK’s rivers are contaminated by historic pollution from banned toxic chemicals such as PCBs, and from emerging contaminants such as PFAS; and by hormone-disrupting chemicals used in medicines.

Synthetic chemicals found in drinking water include pharmaceuticals, pesticides and many industrial chemicals such as the well-known endocrine disruptors phthalates and bisphenols, and chemicals from the PFAS family. 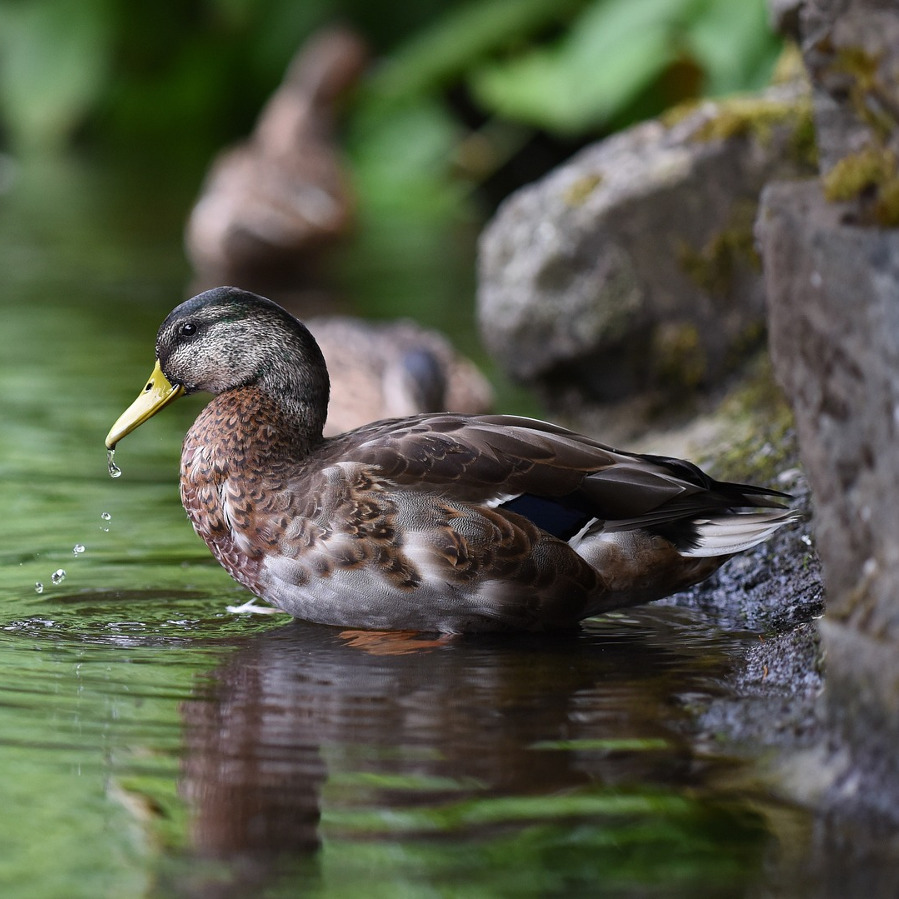 Impacts of chemical pollution on species

Impaired reproduction and development linked to EDCs have been reported in many species. There is worrying evidence of the effects of chemical pollution on aquatic life and on mammals.

What can we do to protect wildlife from toxic chemicals?

To protect our wildlife from toxic chemicals we need strong global regulation of chemicals. The current way of working means that regulation only occurs decades after a chemical or family of chemicals has been found to be harmful to wildlife and people.

Visit our reduce your risk pages for tips on how to avoid certain products containing chemicals that harm wildlife.