“The cost of EDC pollution to society concerning children not reaching their full potential and loss of biodiversity is extremely high and utterly unacceptable. CHEM Trust works tirelessly to reduce these impacts.” Elizabeth Salter Green, Founder and Director of CHEM Trust 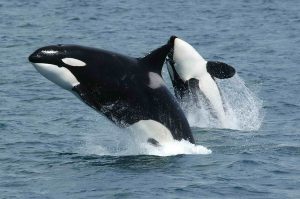 This growth has been possible in large part because we have long-term funders who understand that policy change in the field of endocrine disrupting chemicals can take a long time. They are the visionary and catalytic funders who backed us in the early days and still do.  Some wish to remain anonymous but they know who they are and CHEM Trust would not have grown in size and influence and impact without them.

A huge thank you to our current funders listed below including those who wish to remain anonymous to the public.

According to research undertaken by The Environmental Funders Network, only 0.008% of foundation grants is given to toxics and pollution causes annually. Ours is a significantly under-funded area of environmental work, so we really prize our donors and are thankful that they support the most invisible yet pressing cause of chemicals.

“We are never further than two or three unsuccessful funding applications away from being in difficult financial waters. I find it extraordinary that something so globally damaging to humanity, wildlife and the planet is so poorly funded.” Leslie Jones OBE, CHEM Trust Trustee and Treasurer 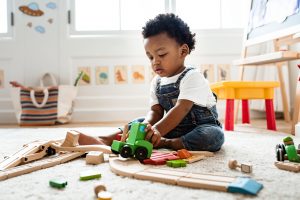 Our funders have made the connection between chemicals undermining human health and the environment, and their own lives, families, and generations to come.

“The NGOs that work on the really underfunded environmental issues – the so-called Cinderella issues like that of toxic chemicals – are tiny. They have to work really hard to keep their heads above water and make their voices heard. But that’s not because these issues aren’t important – in fact, they’re absolutely critical environmental issues which may be higher up the agenda in other parts of the world but aren’t here. For organisations like CHEM Trust, we tend to support them at a higher ratio relative to their turnover than we would other organisations, but I think that’s a significant role that we have to play. It is important to us to respond to the needs of an organisation so that it doesn’t constantly have to chase money, and we definitely feel that we get bang for our buck. The commitment and the outputs are fantastic among those sorts of groups and we enjoy working with them to make them as effective as they can be.”  Jenny Dadd, The Esmée Fairbairn Foundation.

CHEM Trust’s income comes from UK, US, European and Asian charitable foundations and we also receive German Government funding. We do not receive any funds from corporate sources.

Where does CHEM Trust’s funding come from? A snapshot of CHEM Trust funding for 1 year (January-December 2021) 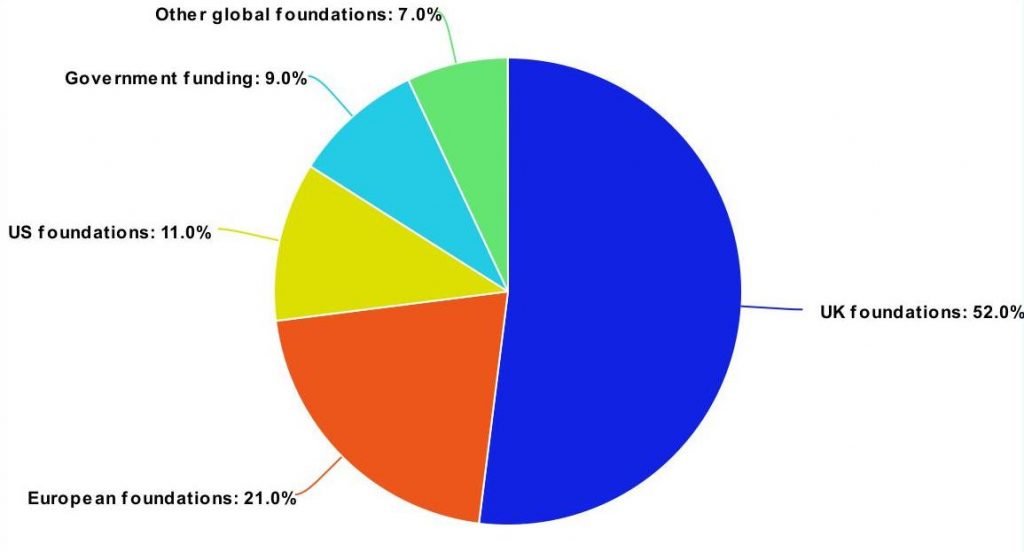 Sustaining our organisation is becoming a bigger job every year, but it is vital to ensure – long-term – that we can continue our work showing the harm done by EDCs.

Improving chemicals legislation and giving better protection to the environment is a long game and we often take two steps forward only then to be knocked one back. Industry is a strong, rich, powerful adversary, and the EU is bureaucratic and policy change is painstakingly slow. Multi-year core funding powers our work and enables us to stay seated at the table and influence the debate.

CHEM Trust would benefit hugely from a broader funder base as we grow and try, with others, to address this global need. Our scientific and technical role is very much part of the solution. If you are considering funding chemicals work, there has never been a more pressing and underfunded issue for the environment, wildlife, and human health. Watch our Founder Elizabeth, and other leaders of highly effective NGOs Client Earth, PAN UK and FIDRA, discuss the sinister and invisible nature of toxic chemical pollution in the video below coordinated by the Environmental Funders Network. The discussion highlights the hugely concerning impacts on wildlife and humans and why much greater funding for work on toxic chemicals is needed in order to protect future generations.

CHEM Trust will welcome your support with open arms and you will join an amazing, visionary and catalytic cohort of funders.

Please do get in touch: fundraising@chemtrust.org